Primrose Fernetise, a beautiful twelve-year-old audacious young girl, lived with her father and her brother, Stanley, faraway from the city. Her mother passed away one morning from a sickness. The already shaken family of three worked hard to make their both ends meet. One day, her father had a stroke, which left him paralysed which didn’t allow him to leave the bed.

But, yes, there was a cure. So, Primrose decided to go to the forest to bring back the magical herbs which could cure his father. She started her journey to the jungle. Once she reached the jungle, she met Violet, a rabbit who could talk just like her, laugh like her and think like her – just like a human does. What was even more freaking was that the rabbit could read exactly what Primrose was thinking. Not only this, she discovered there were many more animals in the woodland who were blessed with the special abilities just like Violet.

She got to know that they were seeking her. The reason why they seemed to be seeking Primrose was because they had to defeat Evelyn, the wicked sorceress, who wanted to rule the world. But, the only person who could defeat her was Primrose. They revealed her that the reason her mother dies and her father was ill was because of Evelyn’s curse. Once Primrose defeats her, the curse will break and her father will be cured and her mother will be alive once again. Primrose immediately agreed to go on to the mission. But it wasn’t that easy. They had to travel to Hellevue, the place where the witch lived. On the voyage, they had to come across many obstacles.

Being an eleven-year-old munchkin, Kiara is a Wonder Woman in the making. The way she has knit the story and the manner in which the plot is paced up is a wonder in itself. The characters are well introduced and the author has made sure that the protagonist is strong and powerful and emits the aura of confidence. Kiara made sure that she has added enough descriptions and colours so that she can take the readers to a world of fantasy through her writings.

I would suggest every parent buy their little ones this amazing book. This will introduce them into the world of reading and will help to widen their horizon of thinking and imagination.

The book is currently spread all across the world in 6 languages – English, Spanish, Gujarati, Hindi, simplified Chinese and traditional Chinese. It will soon be published in Bengali too.

KIARA SHANKAR is a young talented author from San Francisco, California, USA. Apart from writing books, she loves reading, artwork, writing poems, playing with her friends, and listening to her favourite Bollywood music.

VINAY SHANKAR is Kiara’s dad, a software professional, who found himself inspired by his daughter’s idea of writing fictional fairy tale books and decided to co-write books with her. This collaborative effort of the family is helping to bring great ideas to life! 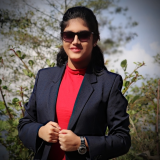 Hi! I am Kusumita Ghose. Hailing from ‘The City of Joy' of India – Kolkata, I am an absolute bookaholic who will choose to sit back and read rather than hanging out with friends. Besides chasing my dream to be a software engineer and reading, reviewing and rambling about books, I find happiness in coding and animating and most importantly, in singing.

That was a really fantastic review Choti, this story and its characters remind of Anime Anime Naruto, where the protagonist was also in similar situations, but the storyline is different from this one. I’m looking forward to read this book.

Thank you Kusumita for sharing your thoughtful and astonishing review! Your comprehensive review is greatly appreciated by authors!

I love the efforts you have put in this, regards for all the great articles.